A judgment is a court order that is a decision in a lawsuit.  Judgments are usually granted by a Court in the County or City that you live in.  For example, if a credit card debt is owed the Creditor  (the person who is owed money) would file a lawsuit with the Supreme Court in the county the Debtor (the person who owes money) resides in.  If the Debtor lives in Cayuga County the Judgment would be granted by the Cayuga County Supreme Court.  City and local courts may also grant judgments, for example if you are tenant in the City of Auburn and your landlord seeks to evict you for non-payment of rent, the case would start in the Auburn City Court.  If the Landlord wins, the Auburn City Court would grant a money judgment to the landlord. The landlord would then be considered a Creditor and the tenant would be the Debtor.

Collecting on the Judgment/Income Execution

Once a Creditor is granted a judgment most want to collect on the judgment to recoup what is owed to them.  If the Debtor is employed an effective way for a Creditor to start recouping the debt is by obtaining an income execution against the Debtor.  With an income execution funds are garnished from a Debtor's wages.  The Income Execution is enforced by an enforcement officer, this is usually the Sheriff in the County where the Debtor resides, for example if you reside in Syracuse, New York then the Onondaga County Sheriff's Department would enforce the Income Execution, if you reside in Auburn, New York then the Cayuga County Sheriff's Department would enforce the income execution.

Jane was served with an income execution. Her annual salary is $40,000.

Because her weekly disposable earnings are over $600, Jane must pay the lesser of: 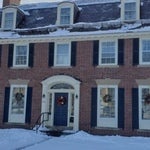